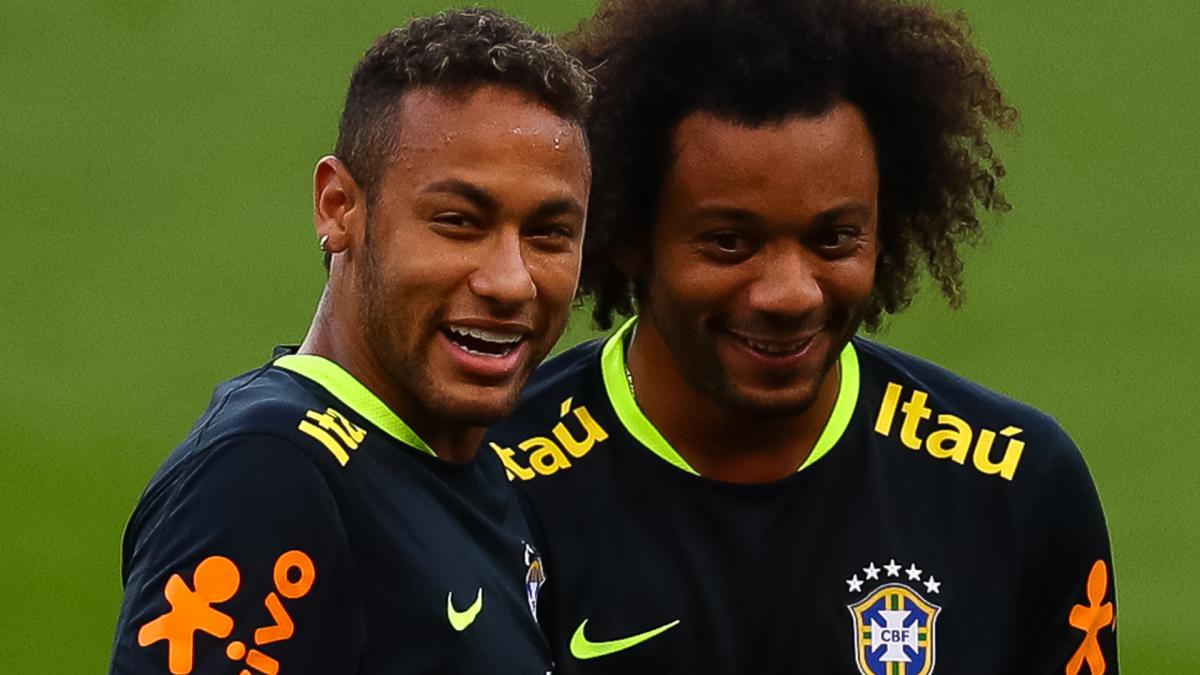 Marcelo opens the door for Neymar’s transfer to Real Madrid

Marcelo opens the door for Neymar’s transfer to Real Madrid

Ronaldo is believed to be heading out of Real Madrid via comments made by him after Real Madrid won their 13th Champions League and his personal 5th.

There’s been speculation about Paris Saint-Germain Brazilian forward Neymar is still yet to commit his future to his current club.

It is understood that Real Madrid are aiming for his signature while his former club Barcelona want him back.

Marcelo said: “Cristiano Ronaldo doesn’t own Real Madrid, so it’s not because he’s there that Neymar can’t be brought in.

“All of the players want him to stay, but the door is always open for Neymar to join.

“I think the best players in the world have to play at Real Madrid, and I already said for two or three years that, for me, one day Neymar will be there.”

In an attempt to encourage him to get back to Barcelona, Lionel Messi had this to say about Neymar:  “I would love it if Neymar was to return, but it looks difficult.

“The truth is I wouldn’t like it if he went to Madrid.

“He is an exceptional player and if he was to come back to us it would be fantastic but it looks difficult.”

Fred soon to be Red
United bid for Skriniar rejected
Please support this website by adding us to your whitelist in your ad blocker. Ads are what helps us bring you premium content! Thank you!
WordPress Lightbox Plugin
%d bloggers like this: