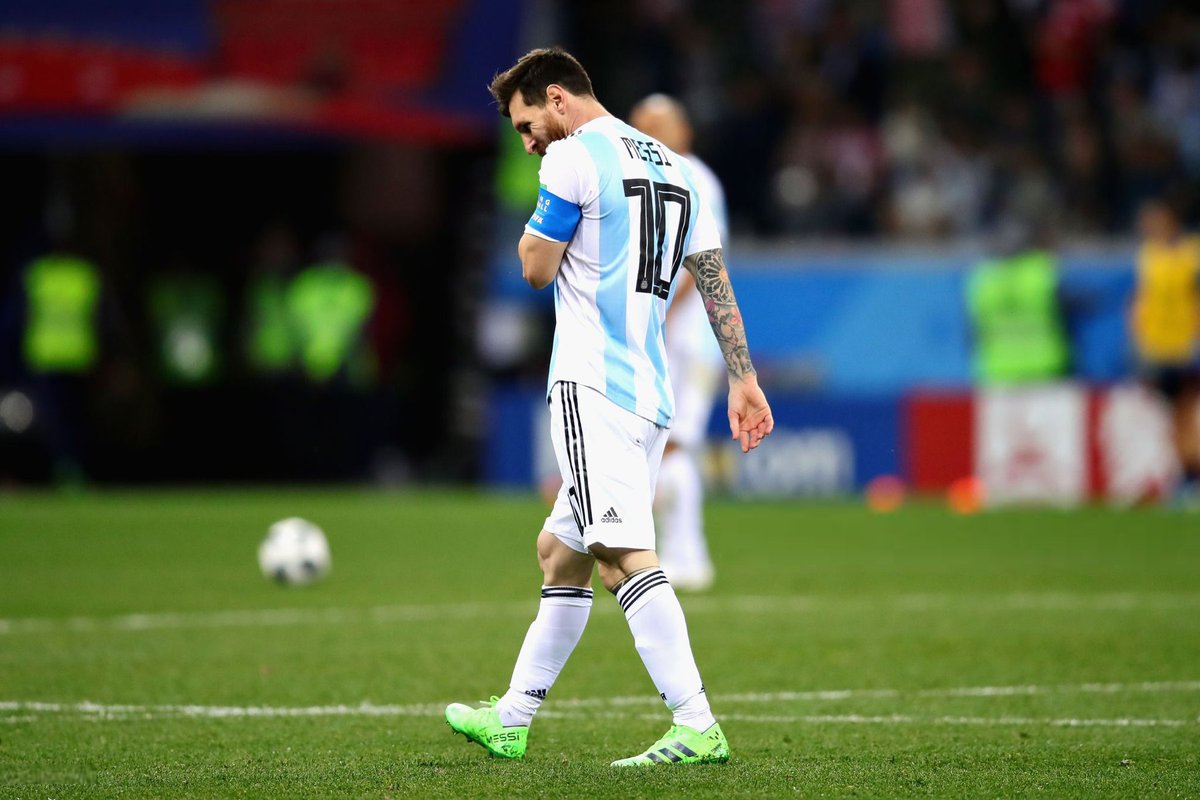 Despite Argentina having plenty of stars, none can be compared with Lionel Messi in their national team.

The Barcelona ace has been under a lot of pressure in the media in the past years due to his national team always coming short on the big stages when it mattered.

This World Cup is no different as the Los Gauchos failed to win their first two games, drawing against Iceland and losing by 3 goals to nil against Croatia.

All of this has lead to Lionel Messi being under a lot of criticism, specially when Cristiano Ronaldo has already scored 4 times for his national team.

The real question is, can we blame Messi for Argentina’s loss? The logical answer would be an easy no.

Messi is known to be tactically on another level from all of his teammates which means it will not take a couple of training sessions in order for either his national team manager nor players to understand how he can make them tick.

This has been easily spotted because of the positioning of players around him. When Messi passes the ball into the box, he expects players to make certain runs in order for them to break into the defense but that hasn’t been happening like it does for him at Barcelona with Suarez and others.

Messi’s contribution to his national team has not been poor having scored 64 times in 126 games but the high expectations that come with the weight of Messi’s name have always outclassed the national team itself.

Jorge Sampaoli (Argentine’s manager) can be blamed since he left out great goal scorers like Mario Icardi and doesn’t believe that a player like Paulo Dybala is worth being a starter for his side alongside the poor chemistry in defense which could be down to his tactics.

People like the legendary Maradona who can’t help but comment before matches are also to be blamed because there’s no need to pile pressure on them.

At the end of the day, Messi doesn’t perform for Argentina as much as he performs for Barcelona, but that is down to the people around him, not his personal contribution to the matter.

Deschamps and Griezmann defend Pogba whistles
Please support this website by adding us to your whitelist in your ad blocker. Ads are what helps us bring you premium content! Thank you!
WordPress Lightbox Plugin
%d bloggers like this: