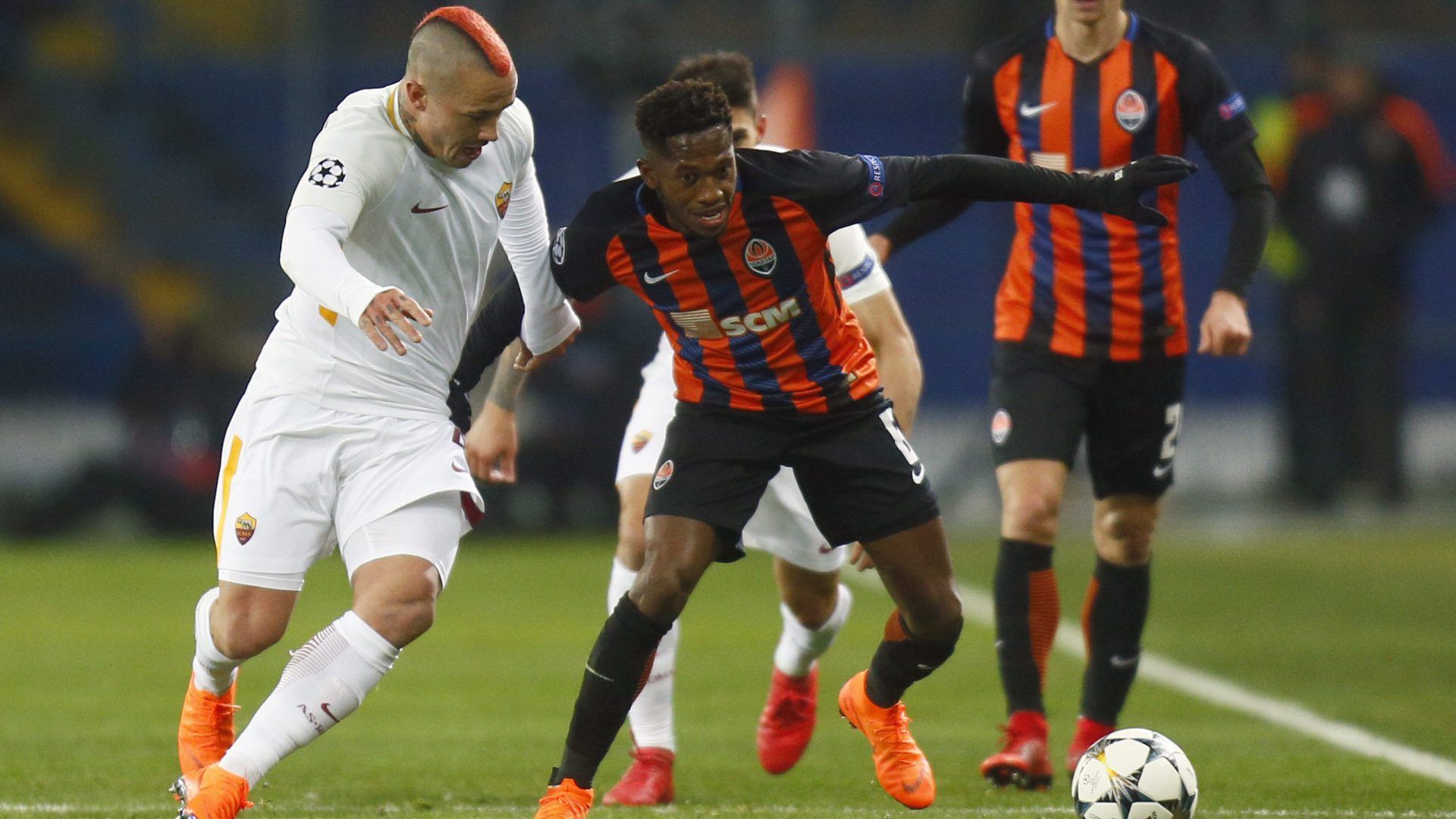 United and City to battle over Shakhtar Donetsk star

United and City to battle over Shakhtar Donetsk star

Manchester United and Manchester City‘s rivalry could jump into the transfer market once again.

The two giants of Manchester are reportedly heading into a battle to sign Brazilian midfielder Fred from Shakhtar Donetsk.

The 25-year-old has been on City’s radar for a while and a transfer was almost completed in the previous transfer windows.

Talks of Paul Pogba‘s departure from United has fueled speculations surrounding his replacement at Old Trafford even though there’s no reliable source that talks about Jose Mourinho wanting to get rid of the French star.

United could still be interested in Fred even if Pogba stays since Michael Carrick is retiring at the end of the season and Marouane Fellaini‘s future at the club is in doubt.

Manchester City eye £50m Crystal Palace star
No Real Madrid contact over Salah
Please support this website by adding us to your whitelist in your ad blocker. Ads are what helps us bring you premium content! Thank you!
WordPress Lightbox Plugin
%d bloggers like this: