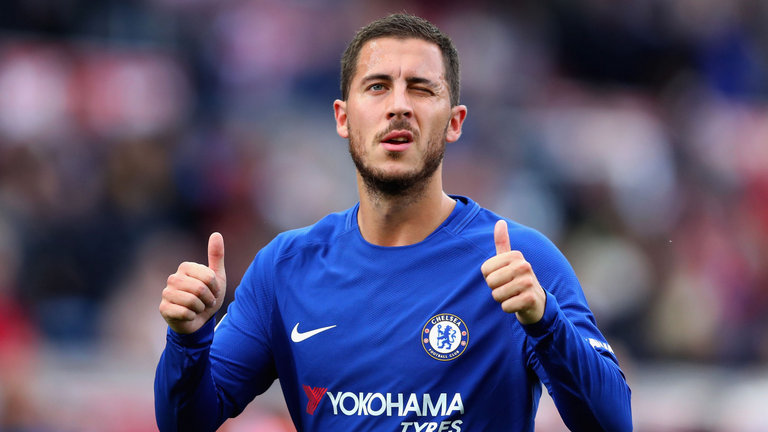 Chelsea forward Eden Hazard has been strongly linked with a move away from Stamford Bridge this summer with Real Madrid being a strong possible destination for the 27-year old.

Hazard has been in fine form lately which obviously lead to the increase in rumors.

The Belgium international is personally aware of the interest linking him to Real Madrid which he admitted has been present for a while.

And although he didn’t admit that he’s staying, he insisted that he, alongside his family are happy in London. 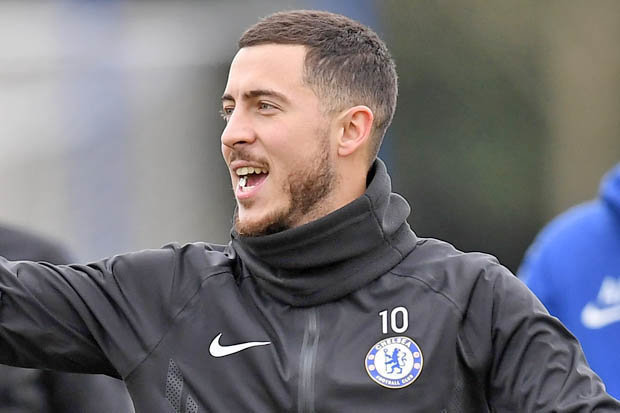 “For the time being I’m here. There are still some months to go and competitions to try to win, then the World Cup is coming up.

“I’m here, I still have 2 and a half years on my contract. I’m very settled here and playing every game.

“The fans like me a lot and my family likes it here. We’ll see.”

Replying if he’s aware of Real Madrid‘s interest: Yes, but it’s been several years now they’re interested – when it’s not Real, it’s Paris, when it’s not Paris, it’s Real. I’m happy where I am.”

Hazard also came out backing his manager, Antonio Conte, who’s under a lot of pressure:

“We win together, we lose together. I don’t sense there’s any player who’s not with the coach. Everyone is behind him. All we want is to climb the table & and give everything against Barcelona. We will see what happens after.”