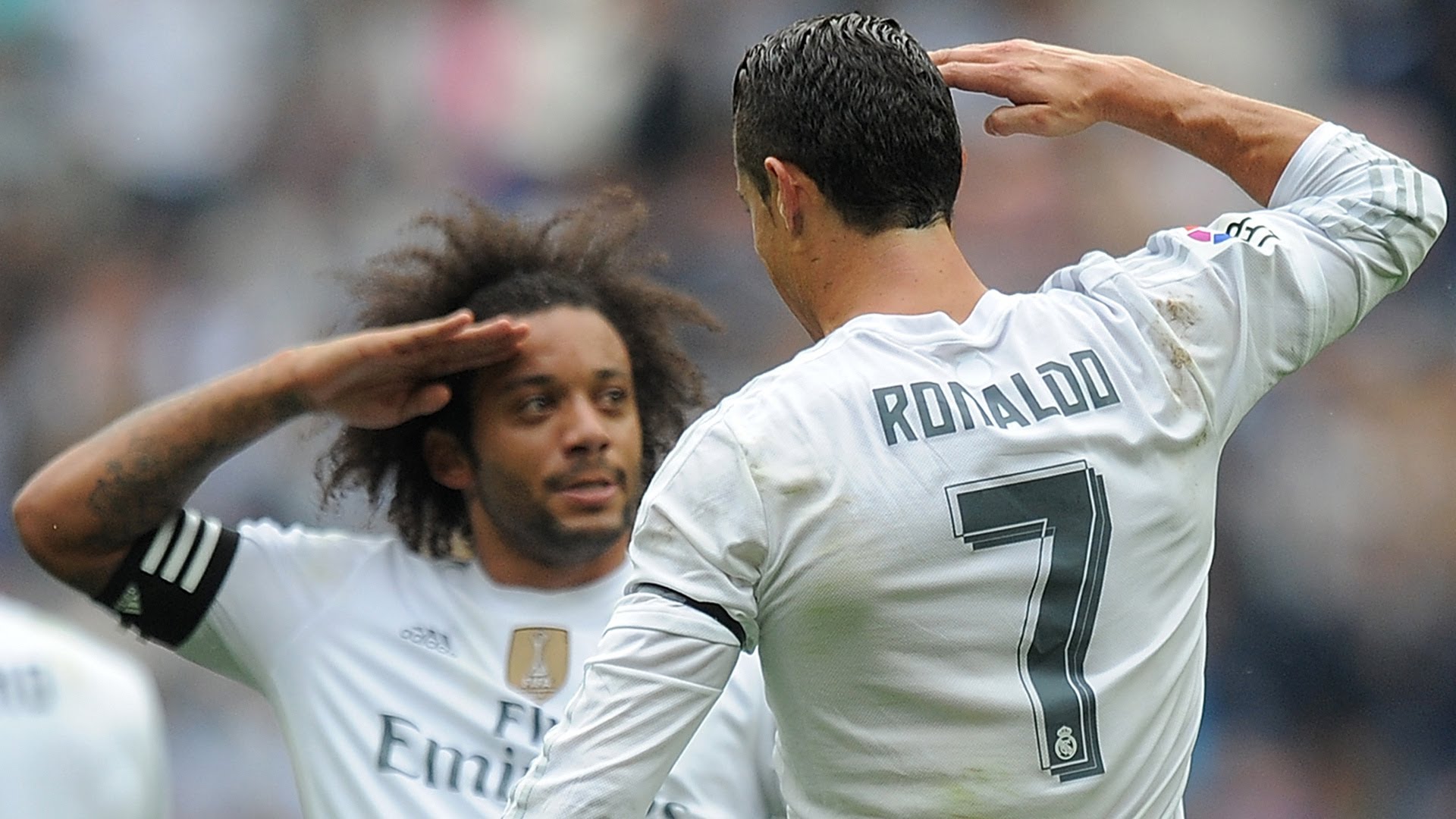 Marcelo backs Ronaldo to keep his scoring streak against Bayern

Marcelo backs Ronaldo to keep his scoring streak against Bayern

Real Madrid left back Marcelo has backed Cristiano Ronaldo to extend his scoring run of 12 games when they play Bayern Munich in the Champions League.

The Portuguese star has found the net in 12 consecutive games, scoring 22 times and equaling his career best when he did it at his time in Manchester.

Marcelo believes that Ronaldo’s streak can continue against the Bundesliga giants when they face them in the semi finals of the Champions League.

“He’s the best player in the world. We have absolute confidence in him, as we do in all our players.

“I’m sure he’s going to net more in more games and extend his 12-match scoring run.”

Rummenigge confident of Bayern triumph over Real Madrid
Salah “Facing Roma is difficult”
Please support this website by adding us to your whitelist in your ad blocker. Ads are what helps us bring you premium content! Thank you!
WordPress Lightbox Plugin
%d bloggers like this: