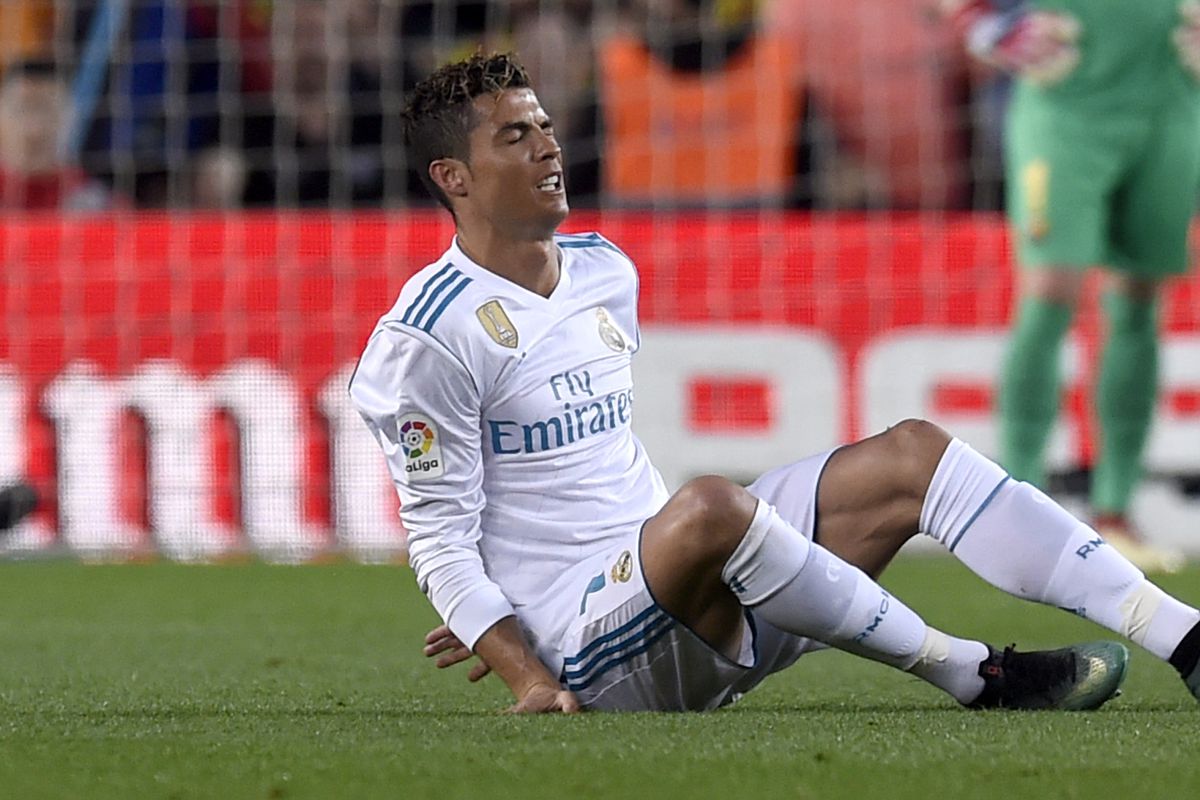 Real Madrid boss Zinedine Zidane is not too worried about the injury which Cristiano Ronaldo sustained against Barcelona in El Clasico.

The Portuguese star was injured after scoring his side’s first goal at the Nou Camp in a match which ended in a 2-2 draw between the two sides.

Ronaldo kept going to finish the first half but was replaced by Marco Asensio at the start of the second half.

The French manager stepped away from panicking ahead of the Champions League final against Liverpool and hopes that Ronaldo will be okay.

“We’re not worried about the final. He’s not great right now but I think it’s going to be a small thing – it was only a bad movement.”

“I can’t say how long he’ll be out for. Tomorrow he’ll have a scan.”

Ramos isn’t worried from Mohamed Salah threat
Please support this website by adding us to your whitelist in your ad blocker. Ads are what helps us bring you premium content! Thank you!
WordPress Lightbox Plugin
%d bloggers like this: