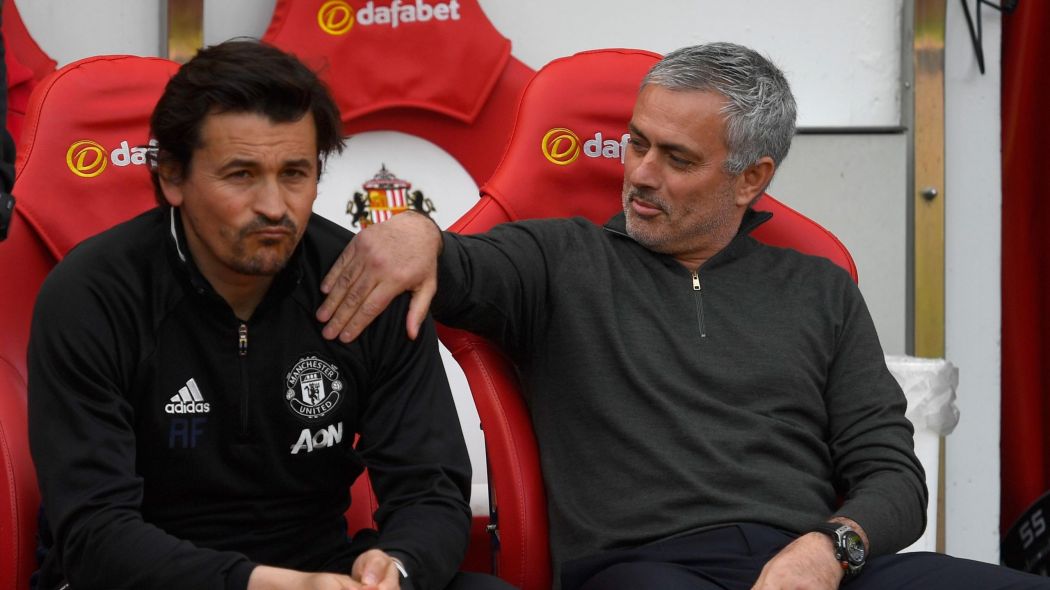 Mourinho “I won’t have an assistant”

Mourinho “I won’t have an assistant”

After the announcement that Rui Faria was set to leave Manchester United at the end of the season, Jose Mourinho announced that he will not be appointing a new assistant manager.

“I will organise my coaching staff in a way where the assistant manager figure doesn’t exist.

With Michael Carrick‘s retirement from football and introduction to coaching, Jose believes that the assistant manager’s position could be waiting for the veteran.

“I think it will be Michael Carrick in the future, when he has his badges, his pro licence, when he makes the bridge between a player to an assistant.

“People think it’s just like one day I’m a player and the next day I’m a coach, but it’s not like that.

“I have nobody in the world of football ready to be my assistant manager, so I prefer to educate people and to structure my staff in a way where there is education and improvement.

“And when Michael has the pro licence badges, normally with the personality, friendship and honesty he has, I think it will be for him.

“But I’m going to improve my staff in the performance level and, in relation to the tactical work, I’m going to bring some people that, until this moment, have not come with me yet.”

Rooney heading for PL exit while Everton line up Wenger offer
Chelsea ready to pounce Pochettino as they plan for Conte exit
Please support this website by adding us to your whitelist in your ad blocker. Ads are what helps us bring you premium content! Thank you!
WordPress Lightbox Plugin
%d bloggers like this: