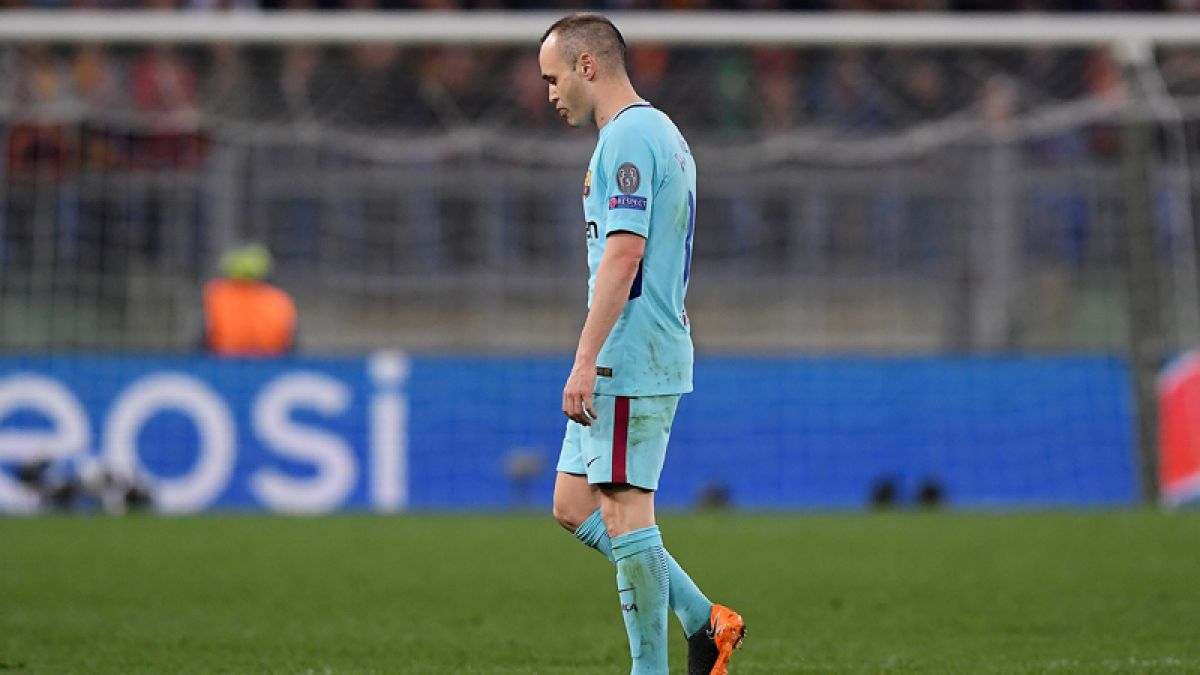 Barcelona captain Andres Iniesta is upset by his side’s exit against Roma in the Champions League quarter finals.

The Spanish club had a comfortable 4-1 victory at home but were shocked by the Italian club’s reaction as they failed to contain them, losing 3-0 away from home (4-4 on aggregate) and bowing out on away goals.

The Spanish midfielder might have played his final Champions League campaign at the club and this is certainly not the final memory he had wished to have.

The 33-year-old told Marca: “That is a possibility and for that reason it hurts even more, It’s a very hurtful elimination because nobody expected it due to the lead we had.

“When you do things badly, make lots of mistakes and don’t adapt to the game, this is what happens.

“It’s a big disappointment because of the season we were having. It’s difficult to take this elimination because we had a lot of hope and it has escaped.”

“I feel sorry for the fans. It’s been a huge disappointment for them. But now we just have to focus on the competitions that we have left. We have to keep looking ahead.”

Buffon rains insults on referee Michael Oliver
Please support this website by adding us to your whitelist in your ad blocker. Ads are what helps us bring you premium content! Thank you!
WordPress Lightbox Plugin
%d bloggers like this: